Smithsonian archives
For over 25 years, the GCA has partnered with the Smithsonian Archives of American Gardens to preserve the visual record and collective narrative of gardens.  Our collection is searchable through the Smithsonian Online Virtual Archive (SOVA) A GARDEN FOR THE GENERATIONS

To live all one’s life in the same house in which one is born is a rare privilege.  To be in that house surrounded by the same land with the same trees and wildflowers that still grow there today is even more rare.  This was the gift given to Mrs. John D. Bryson (Cissy) and she has spent her life caring for the land and its gardens.  Over the years, the gardens have grown and changed to reflect the lives of successive generations.
1926 was the year Cissy was born and her family moved onto the property.  Gardens were begun soon after, placed on five acres of land surrounded by ravines and a bluff overlooking Lake Michigan.  Undeterred by the heavy strips of clay that laced the soil, Cissy’s mother planted a huge vegetable garden, beds of phlox and iris along with formal gardens.  She filled the ravine with wildflowers that still bloom today.  And, she somehow found time to become one of the founders of the Green Tree Garden Club as well.  At the age of five, Cissy was given her own small garden called “the nursery” which she tended daily.  It took three full time gardners to pump and haul water from the nearby well and maintain all of the beds.

Years later a portion of land was sold and two new homes took the place of the original vegetable garden. A Chicago landscape gardner, Franz Lipp, who helped design Ravinia Park and Lincoln Park Zoo, was hired to design new gardens. Features of his design included a circle of yews, two large gardens surrounded by a hedge and boundary garden and a stone wall.
Because they were designed at a time when it was a custom and pastime to “go to the garden,” they were situated a short distance west of the house.

Lipp’s circle plan remained in place until Cissy’s marriage.  In her belief that gardens should be located close by so that they could be easily seen and enjoyed, she added two new borders on the east side of the house overlooking Lake Michigan.

Among all the beds of annuals and perennials so carefully nurtured by her mother, one flower that Cissy had always loved was missing.  The rose became the centerpiece of her most beloved and best known garden.

The gardens of today need to be close by if they are to be seen and enjoyed on a daily basis.  To that end, the first step that Cissy and her husband, Jack, took was to design a garden room with French doors and windows that offered a full view to the south of their house.  Construction began in 1990, and the plan for the garden was created shortly thereafter.  The first challenge was to find a fence to measure nine feet in height that would prevent the herds of deer from devouring every living plant.  Finding a fence that was not only strong, durable and aesthetically pleasing was not easy and Cissy spent months researching every fencing magazine she could find. 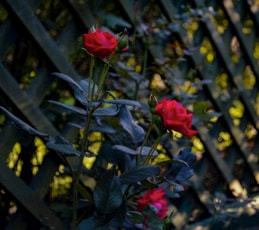 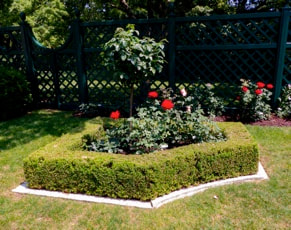 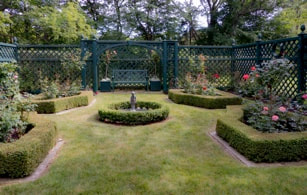 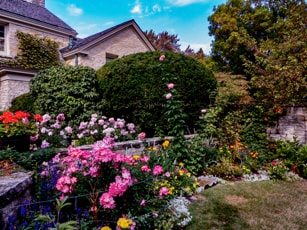 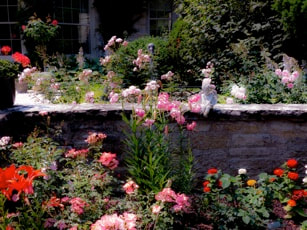 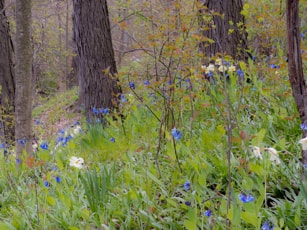 When she finally found a beautiful lattice design that would serve her purpose, she engaged a well-known Wisconsin landscape architect, Judith Stark, to help her design a rose garden.  The result was a symmetrical plan of four parterres each with a rose tree centered, surrounded by an array of rose bushes.  The dark green lattice fence provides a dramatic background for the brilliant shades of pink in the flowers.  A charming antique sculpture of a nymph is the central feature of the garden.

The outlines of the garden are as pleasing to the eye in the winter as they are in the summer months; the branches of the rose trees and outlines of the fence etched in snow offer a dramatic contrast to the gray skies overhead.

People loved the garden from the beginning.  Visitors from Milwaukee’s Layton School of Art, the Garden Conservancy and many garden clubs have visited and admired the garden.  It is the two-page centerpiece of the Garden Conservancy’s book of gardens.  Over the years, it has been a constant source of joy to its owners, their friends and lovers of gardens in the upper Midwest.
to edit.
Cissy's garden was accepted into the Smithsonian Archives of American Gardens on January 31, 2020.
It was documented by Sandy Dawson and Mary Walker and photographed by Sandy Dawson.

​Hattie and Ted Purtell’s garden is a slice of heaven. Grass and Lannon stone pathways wind their way through lush flower beds filled with a wide variety of plants that surround her home.  "Good soil is the foundation of your garden". A quote from Hattie,  "It’s the foundation of everything that grows and the foundation for getting healthier vegetables from the garden that nourish the flora in our digestive tracts. It’s one big cycle."
What do Julia Child's copper pans, Jacqueline Kennedy’s couture gowns, the Hope diamond and documentation of American Gardens have in common? This is not a Trivial Pursuit quiz. These disparate treasures all reside in the nation’s attic, The Smithsonian Institution in Washington, D.C. The Archives of American Gardens is housed within The Smithsonian Institution’s Horticultural Services Division to offer landscapers, historians and garden lovers access to a collection of approximately 60,000 photographs or drawings of historic and contemporary gardens. Because the very nature of gardens is site specific and transitory, the only means to reserve them for future study is through drawings and photographs.

The nucleus of the Archives of American Gardens is a collection of nearly 3,000 hand-colored glass lantern slides dating from the 1920s and 1930s and 30,000 35mm slides donated, along with supporting documentation, by the Garden Club of America in 1992. The Garden Club of America has continued to support this collection through ongoing research and development activities. Individual clubs have continued to expand the collection by documenting contemporary gardens and submitting them for inclusion in the Archives.

Portions of the archives with photographs and documentation are available online at www.siris.si.edu. The collection can be searched by geographic location, name of the garden or specific features in the garden. Examples of searchable garden features are ponds, fountains, fence designs or pergolas. Materials and images not available online can be accessed for research at the Archives by appointment.

Green Tree Garden Club in Milwaukee, Wisconsin has seven gardens in the Archives starting with Harmondie whose owner was president of the club from 1935-1937 to gardens of current members.

The gardens demonstrate a wide ecological and stylistic range. The historic family farm Lynden is now a renowned sculpture garden and art education center, which is part of the Milwaukee Art Museum. The most recent addition, The Little House in the Big Woods comprises an extensive native prairie, a large vegetable garden and woodland paths sprinkled with whimsical fairyland sculptures to delight both young and old. Two of the gardens are nestled in wooded lots bordered by the Milwaukee River. Both of these also include extensive vegetable gardens. "Afterglow Farm" overlooks Lake Michigan and includes an enclosed perennial garden as well as acres of native prairie. The owners of another garden, The Chimneys, have devoted years to developing an extensive arboretum. This garden includes fifty varieties of maple trees thoughtfully placed among the collection of native, European and Asian trees and shrubs framing the vistas and water features.

The photographing and documentation of gardens for inclusion in the Archives of American Gardens is a vital activity of the Green Tree Garden Club in Milwaukee, Wisconsin and an ongoing project of The Garden Club of America.
Respectfully submitted, Kathleen Asmuth & Kathy Palmer 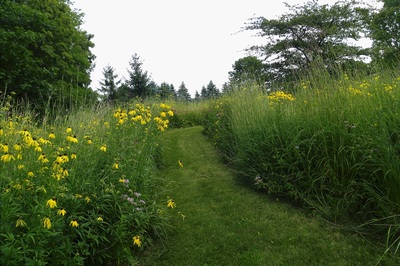 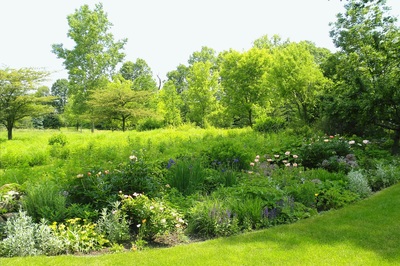 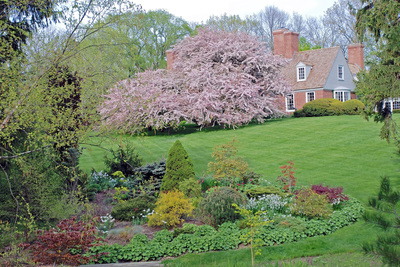 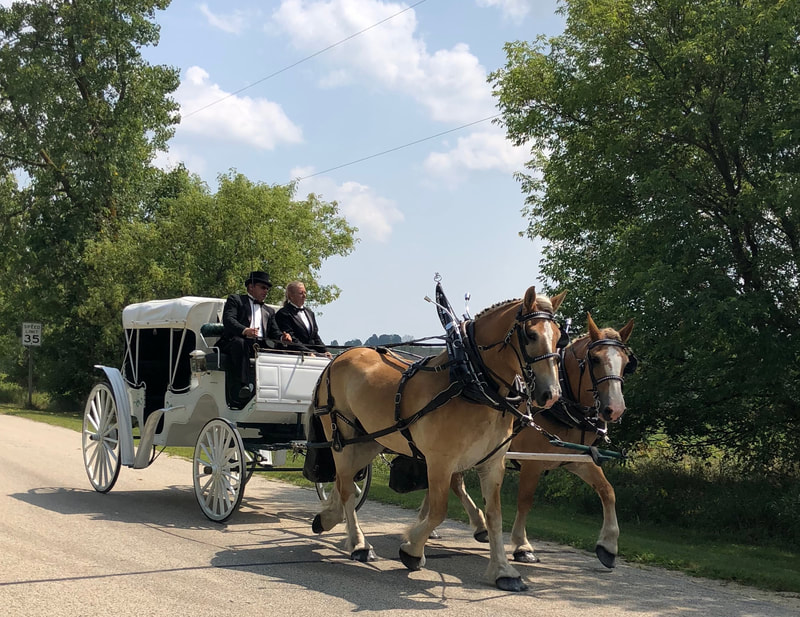 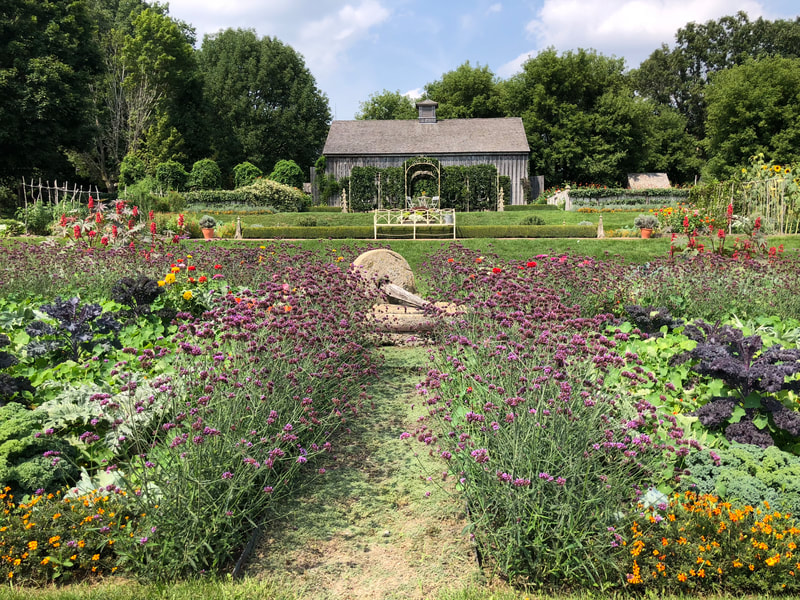 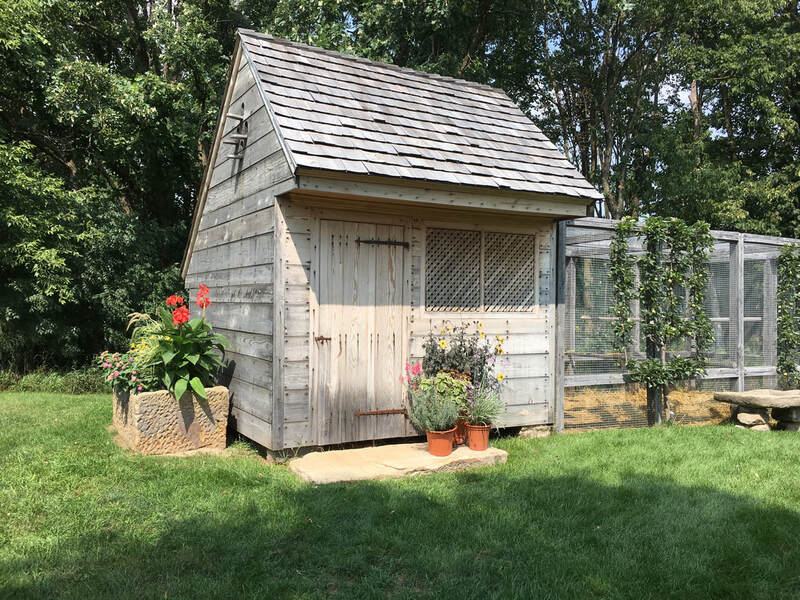 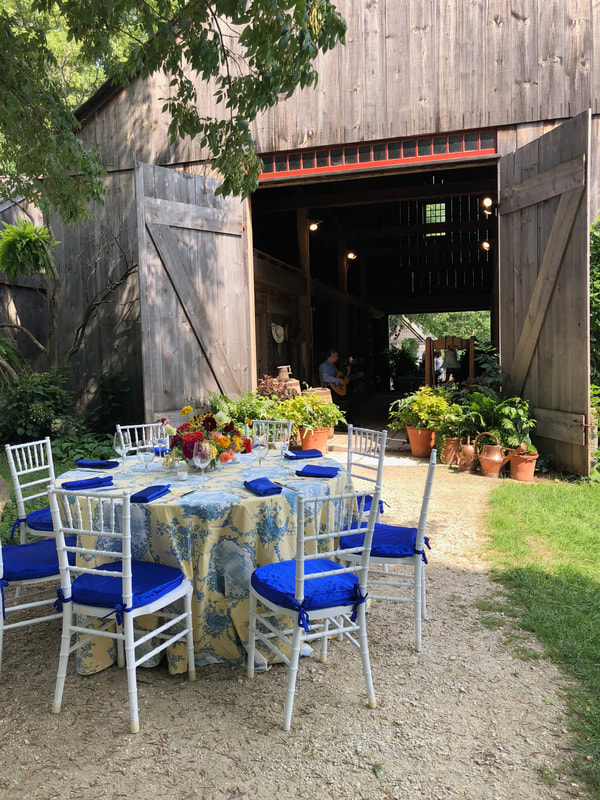 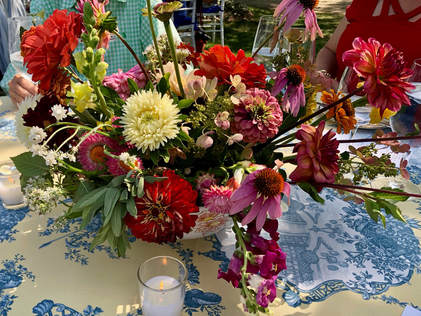 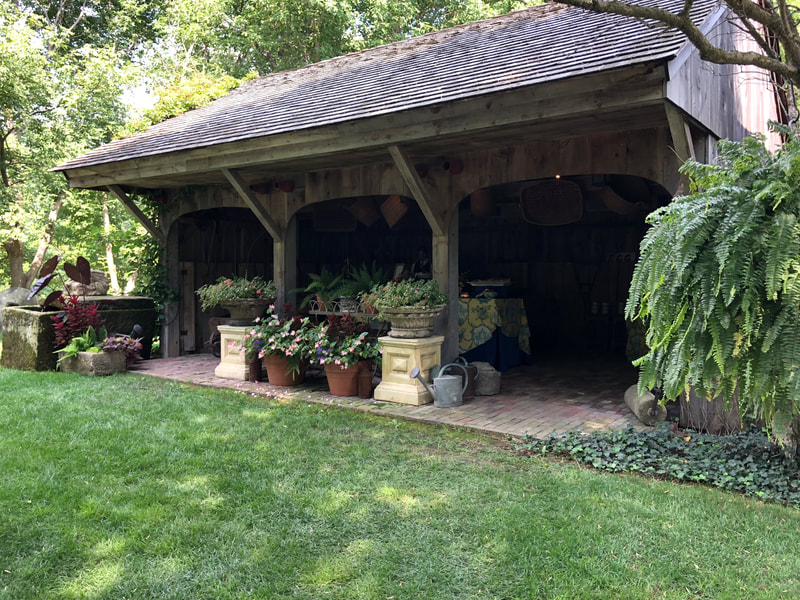 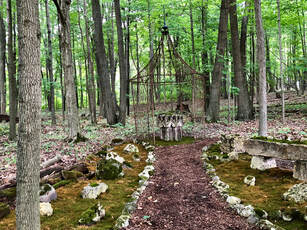